Well it’s been 8 months already using this unit so maybe it’s time to say a bit on what it’s been like to live with.

Overall it’s been a good investment. It’s done everything it’s promised so far with few complaints.

So what have been the positives?

The sound quality is good and it has enough volume for all situations.

It runs Android apps great although there’s really only a couple I use on the move.

The interface is fine and fluid with no lag.

It looks cool with its blue back-lit buttons.

It starts up pretty quickly and I like having the Nissan logo displayed while it’s booting.

Integration with the buses steering wheel controls is a great feature.

Here are the negatives then…

The buttons sometimes seem to take a couple of presses to register.

Can’t enable Mock locations in Android so I can’t use my external GPS receiver.

Technical support is pretty poor with them just quoting the manual, or saying x is not supported in this version.

Only DVD can output to external devices and not movies played from SD etc.

Final thoughts: I would buy one again as this one is fine for what I need and they will only improve with newer versions of Android. It’s a shame the external outputs are only for DVD (actually they also output what is coming into the input but the sound is only sent to the rear speakers for the latter). Not being able to use an external GPS receiver is my biggest gripe.

Tonight on it’s first drive I find that the driver’s door speaker is silent.

That’ll be the headunit out again then. Arrrgghhhh!

Today I started removing the Japanese head unit that came with the bus so I could fit the new double-din Pumpkin unit.

I removed the console fascia and pulled out the old unit. While it was apart I got some wipes and gave it a good clean.

I then connected the Pumpkin up to test it before installing it properly.

Before (with the crap on the buttons and fag ash in every crevice): 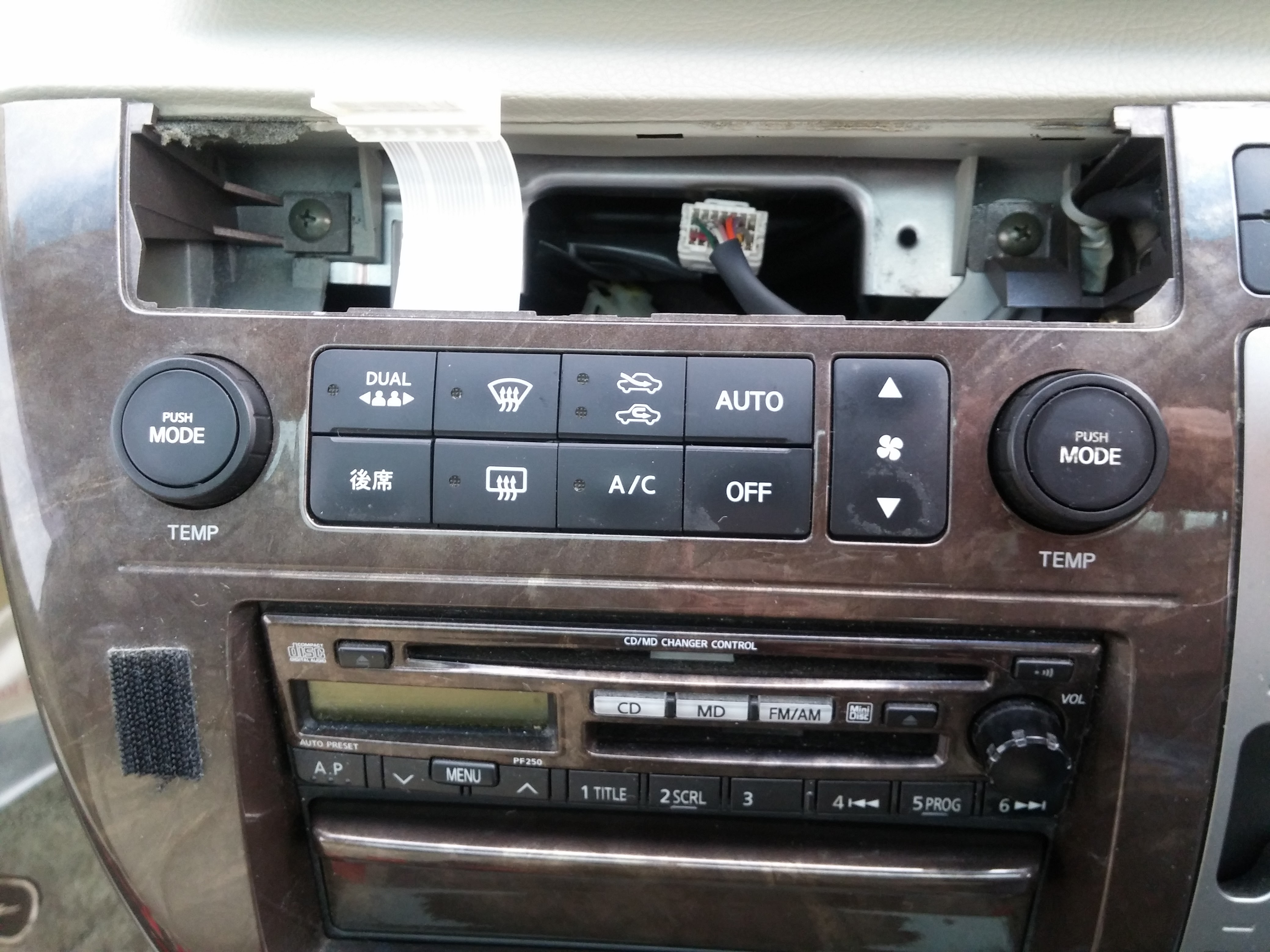 After removing and cleaning everything: 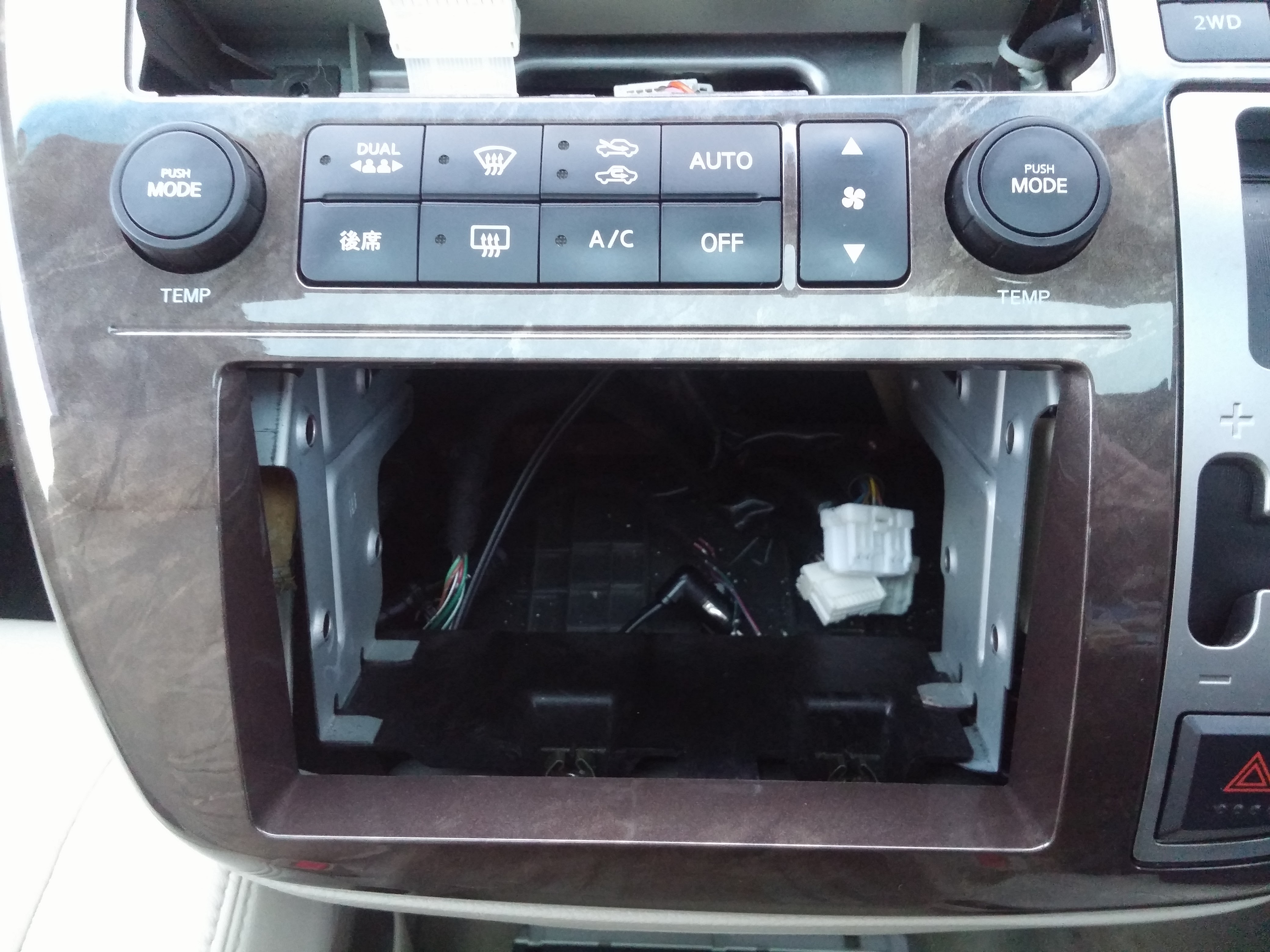 Here’s the Pumpkin connected up and playing some Seal. 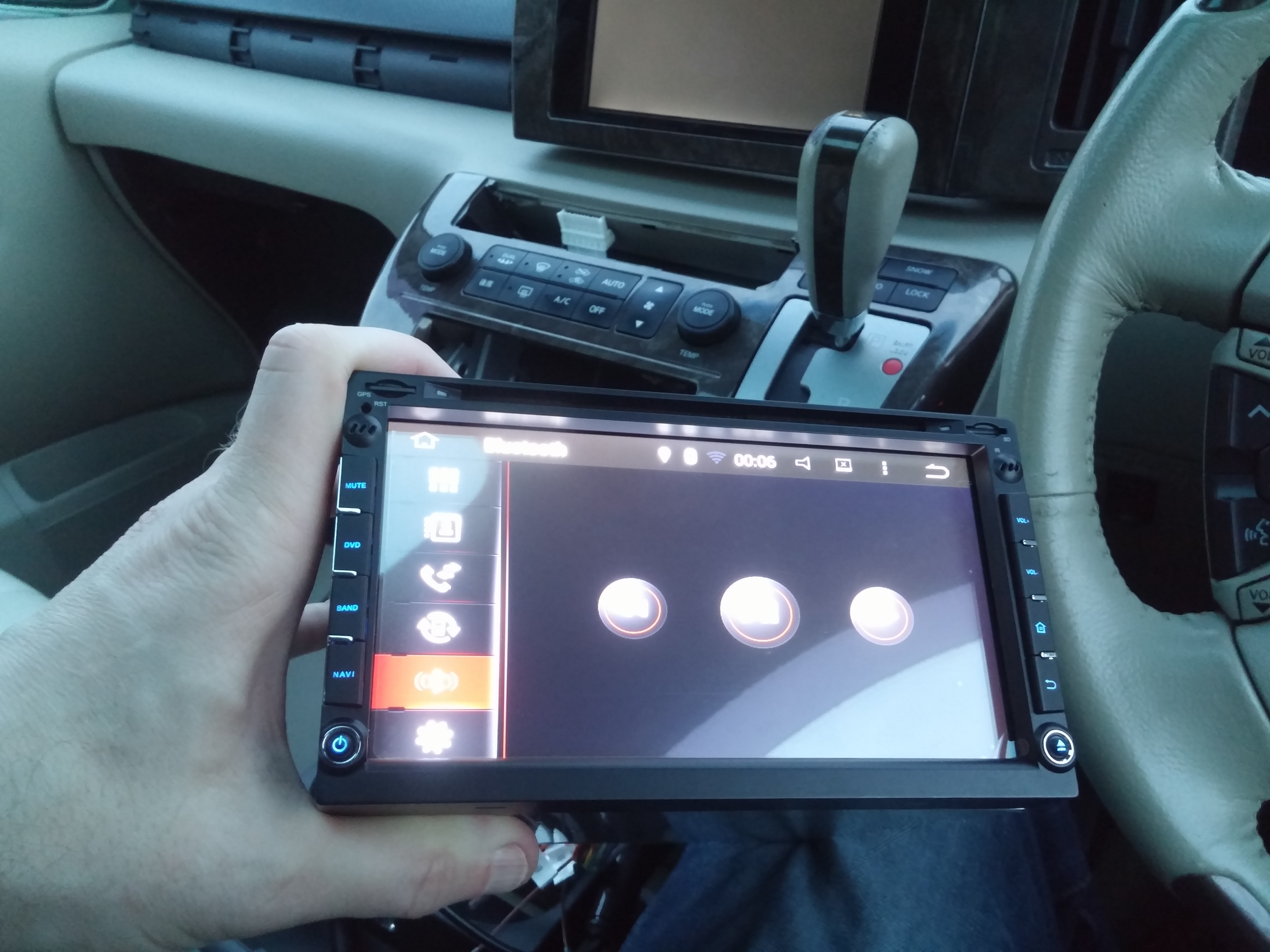 I need to put some cables in there out to the rear AUX input and possibly to the wing mirrors for the cameras I’ve bought.

So far I’m really pleased with it, it sounds great!