As the bus hasn’t been converted to KMH I decided rather than fit a converter chip I’d just buy a replacement fascia that reads in MPH. This way the computer isn’t being fooled into thinking it’s travelling at a different speed.

I’ve seen two types on Ebay; Lockwood and some other cheap version. Unfortunately the cheap version is just that and from pictures I’ve seen the light diffusion is pretty poor. You can see the LEDs through it. I bought Lockwood.

Fitting was easy until I got to removing the needles. I tried to put all of the needles at 6 o’clock after pulling out the stop pins. I then levered them off carefully with a forked spudger. After the needles were off I peeled the old fasia off.

The new fascia doesn’t come with any adhesive and I had no thin double-sided tape anywhere, so I used superglue. BIG mistake. It eats through the printing and has left dark marks in the dials. 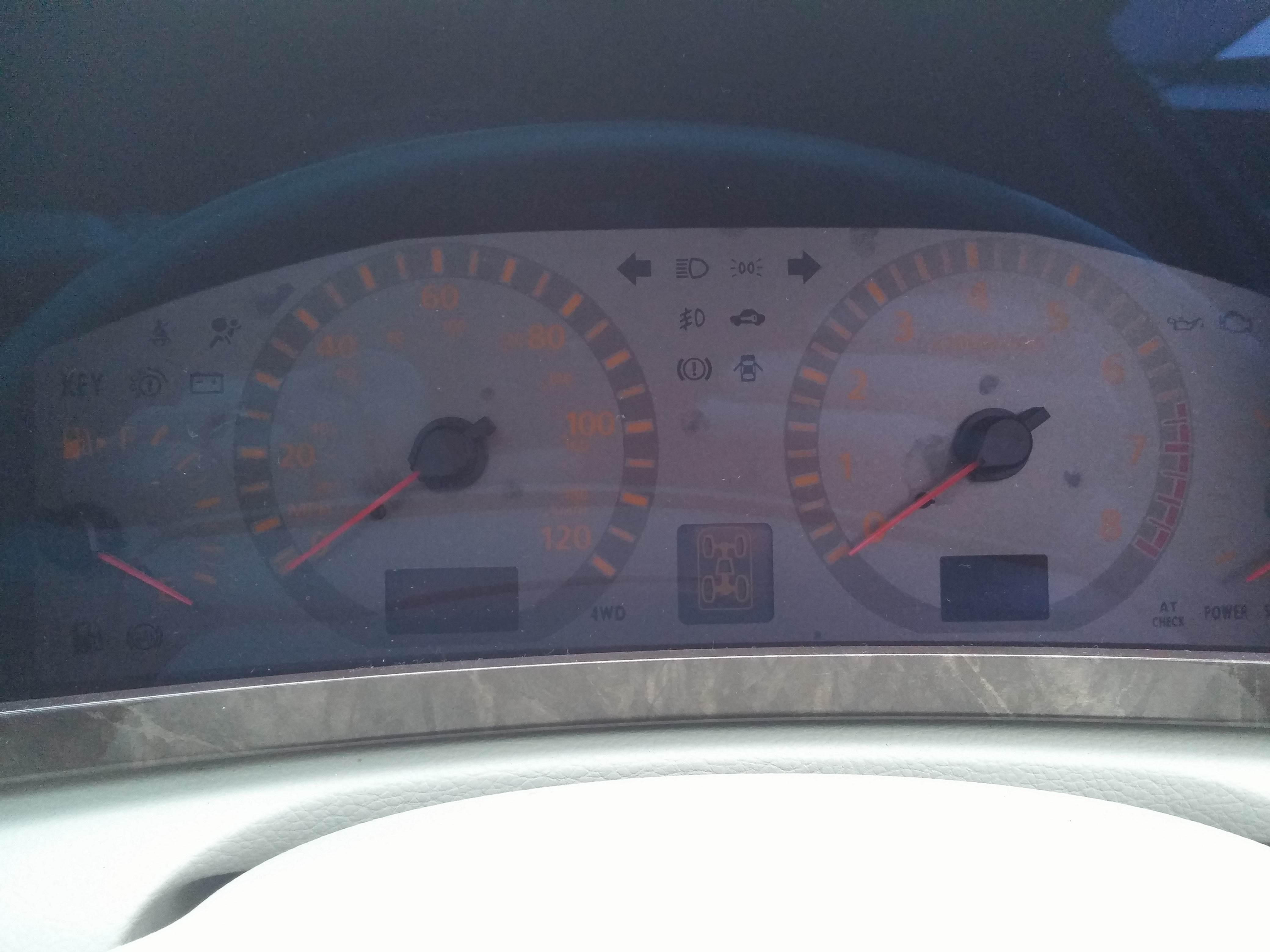